It’s a Kingdom of Miracles 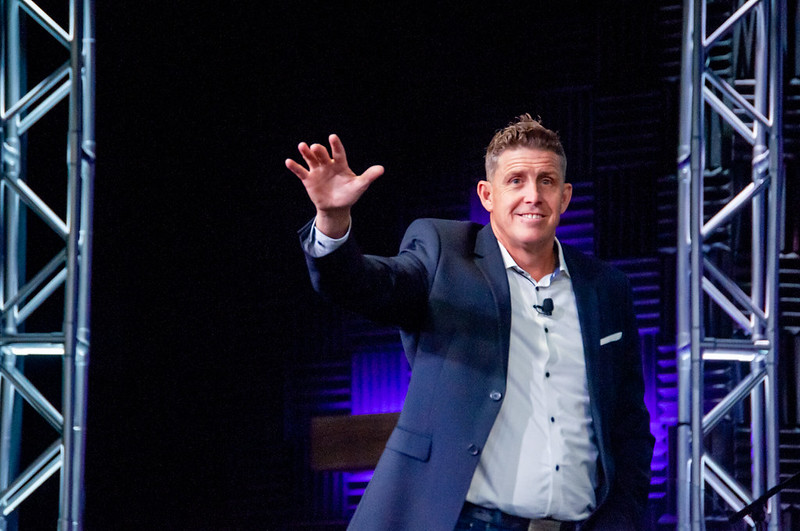 Mark 16:9-20 (NLT): “After Jesus rose from the dead early on Sunday morning, the first person who saw him was Mary Magdalene, the woman from whom he had cast out seven demons. She went to the disciples, who were grieving and weeping, and told them what had happened. 11 But when she told them that Jesus was alive and she had seen him, they didn’t believe her. 12 Afterward he appeared in a different form to two of his followers who were walking from Jerusalem into the country. 13 They rushed back to tell the others, but no one believed them.14 Still later he appeared to the eleven disciples as they were eating together. He rebuked them for their stubborn unbelief because they refused to believe those who had seen him after he had been raised from the dead.[a] 15And then he told them, ‘Go into all the world and preach the Good News to everyone. 16 Anyone who believes and is baptized will be saved. But anyone who refuses to believe will be condemned. 17 These miraculous signs will accompany those who believe: They will cast out demons in my name, and they will speak in new languages.[b] 18 They will be able to handle snakes with safety, and if they drink anything poisonous, it won’t hurt them. They will be able to place their hands on the  sick, and they will be healed.’ 19 When the Lord Jesus had finished talking with them,  he was taken up into heaven and sat down in the place of honor at God’s right hand. 20  And the disciples went everywhere and preached, and the Lord worked through them,  confirming what they said by many miraculous signs.”

The Kingdom of God is a Kingdom of Miracles—Not Just “For” Us But “Through” Us.  The disciples went everywhere and preached, and the Lord worked “through” them,  confirming what they said by many miraculous signs!

The Lord Has Done a “Great Work in Us” So That He Can Do a “Great Work Through  Us!” We are SAVED TO SERVE: You Are Full of the Holy Ghost!

God Doesn’t Call the Qualified, He Qualifies the Called

Miracles are a Confirmation of the Calling! “Miracles” comes from the Latin word of  “Miraculum” = “an object of wonder” or “something that is amazing.” Because the New Testament was written in Greek, it actually uses 3 different words when referring to a  miracle, miracles or the miraculous. “Dynamis” = Dynamite, Dynamic. 77 = Power,  Powerful Ability, 11 = Mighty Work (Deed). Acts 1:8 (NLT): “But you will receive power when the Holy Spirit comes upon you.” “Semeion” = Sign or Mark. “Sign,” semeion can  mean “a token by which a person is distinguished from others” or “a wonder by which  God authenticates a person sent by God.” “Teras” = Wonder = “a feeling of surprise mingled with admiration, caused by something beautiful, unexpected, unfamiliar, or inexplicable.

Mark 1:29-31 (NLT): “After Jesus left the synagogue with James and John, they went to  Simon and Andrew’s home. Now Simon’s mother-in-law was sick in bed with a high fever. They told Jesus about her right away. So he went to her bedside, took her by the hand, and helped her sit up. Then the fever left her, and she prepared a meal for them.”  Mark 3:1-6 (NLT): “Jesus went into the synagogue again and noticed a man with a  deformed hand. 2 Since it was the Sabbath, Jesus’ enemies watched him closely. If he healed the man’s hand, they planned to accuse him of working on the Sabbath. 3 Jesus said to the man with the deformed hand, ‘Come and stand in front of everyone.’ 4 Then he turned to his critics and asked, ‘Does the law permit good deeds on the Sabbath, or is it a day for doing evil? Is this a day to save life or to destroy it?’ But they wouldn’t answer him. 5 He looked around at them angrily and was deeply saddened by their hard hearts. Then he said to the man, ‘Hold out your hand.’ So the man held out his  hand, and it was restored! 6 At once the Pharisees went away and met with the  supporters of Herod to plot how to kill Jesus.”