We Are His Chosen People 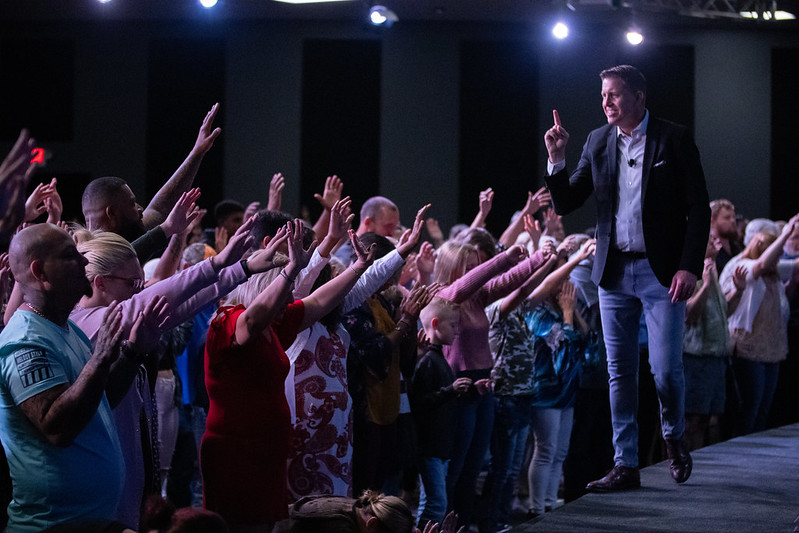 1 Peter 2:9 (NKJV): “But you are a chosen generation, a royal priesthood, a holy nation, His own special people, that you may proclaim the praises of Him who called you out of darkness into His marvelous light; who once were not a people but are now the people of God, who had not obtained mercy but now have obtained mercy.”

We Have Been Chosen by God, For God, To Do the Works of God! John 15:16 (NKJV): “You did not choose Me, but I chose you and appointed you that you should go and bear fruit, and that your fruit should remain, that whatever you ask the Father in My name, He may give you.”

We Are A Chosen Generation. “Eklektos Genos.” Eklektos = elect, handpicked, Chosen, Called Out, Not accidental—predetermined beforehand. Ephesians 2:10 (NKJV): “For we are his workmanship, created in Christ Jesus for good works, which God prepared beforehand that we should walk in them.” Genos = kind, offspring, Generation. A gener-ation is “the product of something; of all of the people born and living at the same time, regarded collectively.” A Generator “is a person/thing that generates something; a dynamo or similar machine for converting mechanical energy into electricity.”

We Are A Royal Priesthood. “Royal” = Basileio: Kingly, Stately, Royal. We are called to be royal just as much as we are called to be loyal. Too many folk have a problem with prosperity. “The Prosperity Gospel.” We don’t preach a “prosperity gospel.” We Do preach the Gospel that embodies prosperity. “Priesthood.” We have all been called to minister the Gospel. The priests in the Old Testament were chosen by God. They were called to minister to the people on behalf of God. They were trained by other ministers and made sacrifices for the people. We are called to make spiritual sacrifices for His people. 1 Peter 2:5 (NKJV): “You also, as living stones, are being built up a spiritual house, a holy priesthood, to offer up spiritual sacrifices acceptable to God through Jesus Christ.”

We Are a Holy Nation. “Holy” = sacred, pure and morally blameless. Hebrews 12:14 (NLT): “Work at living in peace with everyone, and work at living a holy life, for those who are not holy will not see the Lord.”

We Are His Special People!