Not Perfect; But Forgiven 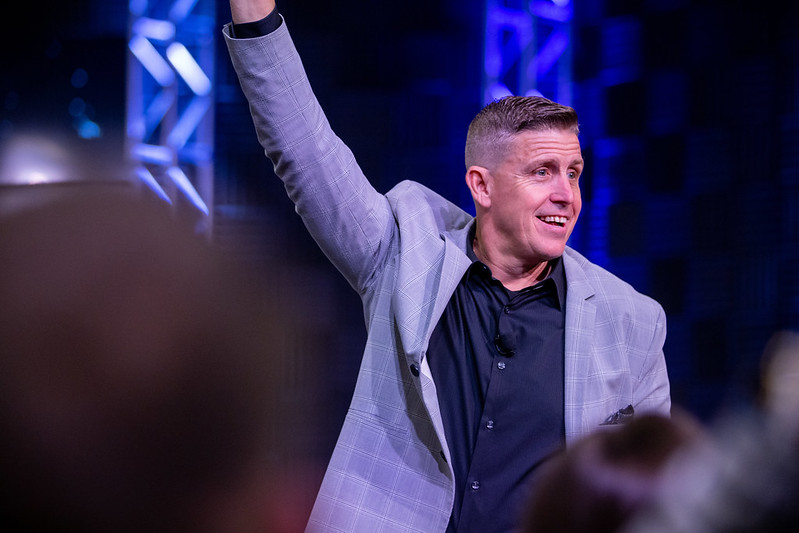 Mark 2:1-5 (NKJV): “And again He entered Capernaum after some days, and it was heard that He was in the house. Immediately many gathered together, so that there was no longer room to receive them, not even near the door. And He preached the word to them. Then they came to Him, bringing a paralytic who was carried by four men. And when they could not come near Him because of the crowd, they uncovered the roof where He was. So when they had broken through, they let down the bed on which the paralytic was lying. When Jesus saw their faith, He said to the paralytic, ‘Son, your sins are forgiven you.’”

Jesus Wants to Deal with Your “sin” Before He Deals with Your “situation.” Four men brought a “problem” but what they got was a “perspective.” The paralyzed man “got saved” before he “got served.” Far too many want to “be served” and they need to “be saved.” What’s the point of walking again, if it’s just going to help you get to hell quicker?!

Man’s Greatest Need Isn’t Freedom, It’s Forgiveness. Forgiveness = the action or process of forgiving or being forgiven. Forgiveness From What = Sin—Done or Doing?

Romans 3:23-24 (NLT): “For everyone has sinned; we all fall short of God’s glorious standard. Yet God, in his grace, freely makes us right in his sight. He did this through Christ Jesus when he freed us from the penalty for our sins.”

One of the Ugliest Sins I Know and Have Known is the “Sin of Unforgiveness.” It is  usually “unwarranted, unnoticed, unchecked.” It appears both externally and internally. It often happens to you and from you. (Pastor Bryan’s Story of Unforgiveness).

Unforgiveness Unhinges Your Emotions. It Produces Negative Feelings in Your Life—Internal, then External. Anger causes violent outbursts. Pain—->shame, humiliation and distress. Guilt is regret for what we have done. Regret is guilt for what we didn’t do.

Forgiveness is The Only Remedy for Unforgiveness. Sometimes your heart needs to accept what your head has been telling you. Freedom isn’t based on your feelings; it’s based on the finish work of Christ.

Is a problem holding onto you or you holding onto a problem? Unforgiveness could be the prison that’s holding your promotion hostage. Your Level of Freedom is determined by your level of forgiveness.

Psalm 32:1-2 (NIV): “Blessed is the one whose transgressions are forgiven,

whose sins are covered. Blessed is the one whose sin the LORD does not

count against them and in whose spirit is no deceit.”