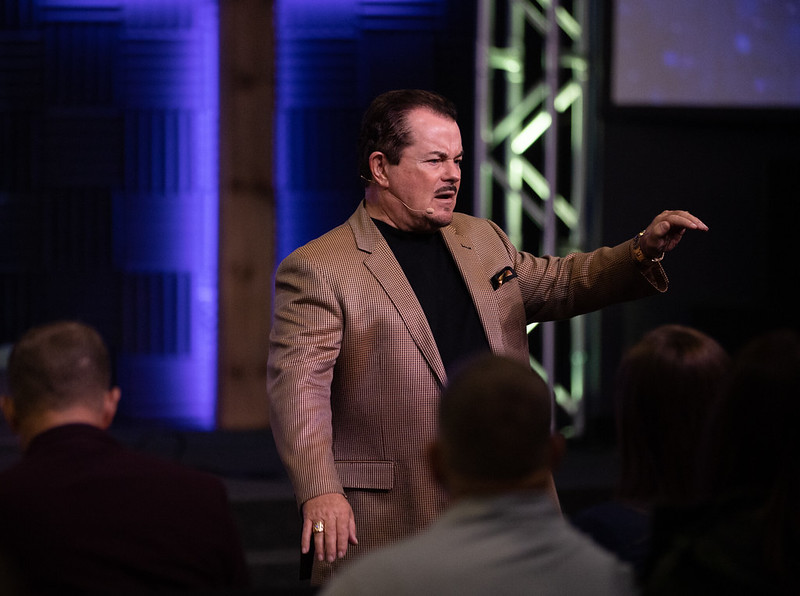 Romans 12:2 (NKJV): “And do not be conformed to this world but be transformed by the renewing of your mind, that you may prove what is that good and acceptable and perfect will of God.”

“The World in Crisis:” Medical Crisis, Economical Crisis, Political Crisis, Racial Crisis, Gender Crisis, Global Warming Crisis, Border Crisis. The World Crisis in all of the above can be summed up in one truth, that is that there is a Spiritual Crisis in which all the others flow.

(29) ‘For to everyone who has, more will be given, and he will have abundance; but from him who does not have, even what he has will be taken away. And cast the unprofitable servant into the outer darkness. There will be weeping and gnashing of teeth.’”

Light Under a Basket

(21) “Also He said to them, ‘Is a lamp brought to be put under a basket or under a bed? Is it not to be set on a lampstand? For there is nothing hidden which will not be revealed, nor has anything been kept secret but that it should come to light. (23) If anyone has ears to hear, let him hear.’

“Then He said to them, ‘Take heed what you hear. With the same measure you use, it will be measured to you; and to you who hear, more will be given. (25) For whoever has, to him more will be given; but whoever does not have, even what he has will be taken away from him.’”

John 15:7-8 (NKJV): “If you abide in Me, and My words abide in you, you will ask what you desire, and it shall be done for you. By this My Father is glorified, that you bear much fruit; so you will be My disciples.” True Vine.

Isaiah 55:11 (KJV): “So shall my word be that goeth forth out of my mouth: it shall not return unto me void, but it shall accomplish that which I please, and it shall prosper in the thing whereto I sent it.” “Prosper”–means to push forward, to advance, to succeed.

Joshua 1:7-8 (NKJV): “Only be strong and very courageous, that you may observe to do according to all the law which Moses my servant commanded you: do not turn from it to the right hand or to the left, that you may prosper (act intelligently) wherever you go. This book of the Law shall not depart from your mouth. But you shall meditate in it day and night, that you may observe to according to all that is written in it. For then you will make your way prosperous (break out, push forward, advance, success) and then you will have good success.”

Total Prosperity Needs to Be Manifested in 5 Areas: Spiritual: Salvation opens the door; Mental: Soul prospers; Physical: Soundness of your body; Social: Witness to all the world; Financial: Blessed to be a blessing.

There are 7 Keys to Man’s Survival That Prosperity Is Required In:

LOVE (God is Love), 1 John 4:7-8 (NKJV): “Beloved, let us love one another, for love is of God; and everyone who loves is born of God and knows God. He who does not love does not know God, for God is love.” The world’s idea is found in flesh-carnal.

ACCEPTANCE (Just As You Are), John 3:17 (NKJV): “For God did not send His Son into the world to condemn the world, but that the world through Him might be saved.” In the world we find our acceptance in pleasing others. Romans 5:8 (NKJV): “But God demonstrates his own love towards us that while we were yet sinners, Christ died for us.”

PROVISION (Purpose), 2 Corinthians 9:10 (NKJV): “Now may He who supplies seed to the sower, and bread for food, supply and multiply the see you have sown and increase the fruits of your righteous-ness.”  In the world there is Greed, lust, credit, debt, self-indulgence.

KNOWLEDGE (God’s Word), Proverbs 24:3-4 (NKJV): “Through wisdom a house is built, And by understanding it is established; By knowledge the rooms are filled With all precious and pleasant riches.” 1 Corinthians 1:4-7 (NKJV): “I thank my God always concerning you for the grace of God which was given to you by Christ Jesus, that you were enriched in everything by Him in all utterance and all knowledge, even as the testimony of Christ was confirmed in you, so that you come short in no gift, eagerly waiting for the revelation of your Lord Jesus Christ.” In the world intellectual, science, experience.

POWER (All Knowing All Powerful God), Acts 1:8 (NKJV): “But you shall receive power when the Holy Spirit has come upon you; and you shall be witnesses to Me in Jerusalem, and in all Judea and Samaria, and to the end of the earth.” Ephesians 1:15-23 (NKJV): “Therefore I also, after I heard of your faith in the Lord Jesus and your love for all the saints, do not cease to give thanks for you, making mention of you in my prayers: (17) that the God of our Lord Jesus Christ, the Father of glory, may give to you the spirit of wisdom and revelation in the knowledge of Him, the eyes of your understanding being enlightened; that you may know what is the hope of His calling, what are the riches of the glory of His inheritance in the saints, (19) and what is the exceeding greatness of His power toward us who believe, according to the working of His mighty power which He worked in Christ when He raised Him from the dead and seated Him at His right hand in the heavenly places, (21) far above all principality and power and might and dominion, and every name that is named, not only in this age but also in that which is to come. And He put all things under His feet, and gave Him to be head over all things to the church, (23) which is His body, the fullness of Him who fills all in all.” In the world politics, position, weapons, etc.

WORSHIP, John 4:23-24 (NKJV): “But the hour is coming, and now is, when the true worshipers will worship the Father in spirit and truth; for the Father is seeking such to worship Him. God is Spirit, and those who worship Him must worship in spirit and truth.” Revelation 11:15-17 (NKJV): “Then the seventh angel sounded: And there were loud voices in heaven, saying, ‘The kingdoms of this world have become the kingdoms of our Lord and of His Christ, and He shall reign forever and ever!’ And the twenty-four elders who sat before God on their thrones fell on their faces and worshiped God, saying: ‘We give You thanks, O Lord God Almighty, The One who is and who was and who is to come,
Because You have taken Your great power and reigned.’” In the world men worships people, music, sports, drugs, money.

Sonship Through the Spirit

“Therefore, brethren, we are debtors—not to the flesh, to live according to the flesh. (13) For if you live according to the flesh you will die; but if by the Spirit you put to death the deeds of the body, you will live. For as many as are led by the Spirit of God, these are sons of God. (15) For you did not receive the spirit of bondage again to fear, but you received the Spirit of adoption by whom we cry out, “Abba, Father.” The Spirit Himself bears witness with our spirit that we are children of God, (17) and if children, then heirs—heirs of God and joint heirs with Christ, if indeed we suffer with Him, that we may also be glorified together.” In the world men seek for the spiritual in drugs, metaphysical, philosophy, the cults, etc.

Is Prosperity a Fundamental Truth for God’s Children?

Psalm 1:1-3 (NKJV): “Blessed is the man Who walks not in the counsel of the ungodly, Nor stands in the path of sinners, Nor sits in the seat of the scornful; But his delight is in the law of the Lord, And in His law he meditates day and night. He shall be like a tree Planted by the rivers of water, That brings forth its fruit in its season, whose leaf also shall not wither; And whatever he does shall prosper.”

What we do will prosper: advance, progress, succeed, be profitable.

2 Corinthians 8:9 (NKJV): “For you know the grace of our Lord Jesus Christ, that though He was rich, yet for your sakes He became poor, that you through His poverty might become rich.” The Greek word for “Rich” is “Plouteo” and means “to be or become wealthy; to be made rich, to have abundance.”

Psalm 35:27 (NKJV): “Let them shout for joy and be glad, Who favor my righteous cause; And let them say continually, ‘Let the LORD be magnified, Who has pleasure in the prosperity of His servants.”

PROSPERITY: starts when you establish PRINCIPLES (principle—a basic truth, law, or assumption; a rule or a standard, a moral or ethical standard). PRINCIPLES will work when you have STRUCTURE (structure—something made up of a number of parts that are held together in a particular way. The way in which parts are held together to form a whole). STRUCTURE operates on PRIORITY (priority—a precedence established by order of importance or urgency. Established right or procedure).

Your Life Will Go In the Way of Your PRIORITIES.

3 KEYS TO PROSPERITY: It’s not an end result, but a lifestyle! It’s Not an accident but a planned pursuit! It’s doing the difficult with great expectation!